Rabbi Solomon Schonfeld, who had played a major part in the pre-war Kindertransport, brought the fifth group of the Boys to the UK in April 1948.

The group was made up of 148 children, four of whom had been born during the war. There are no records of precisely how the group was selected, probably because Rabbi Schonfeld was a man of action and not paper trails.

In November 1945, Rabbi Schonfeld travelled to the British sector in Germany and visited the Displaced Persons camps. He then set up an office of the Chief Rabbi’s Religious Emergency Council in the Czechoslovak capital, Prague. Through this office he began to work in tandem with the surviving Jewish communities in Bratislava, Karlsbad (Karlovy Vary), Kosice and the Ohel David Children's Home in the Tatra Mountains in northern Slovakia.

In 1946, Schonfeld visited Poland. The situation on the ground in post-war Poland was extremely dangerous and many Jews who had returned home were greeted with a violent welcome from their neighbours. Schonfeld was a target and travelled with an armed guard. He had a special uniform made that made him appear to be a UN official. Schonfeld would tour monasteries and convents, and even when Mother Superiors insisted that there were no Jewish children in their care, he would sing Jewish religious songs and wait to see if hidden children came to stand next to him, which they frequently did.

In March 1946, Schonfeld managed to obtain a block visa from the Home Office to bring 60 children to the UK. In fact, he brought 150 by boat from Polish port of Gdansk. When they arrived in London, he instructed them to pass the visas to their friends once they had been shown to the customs officer. The confusion was so great that the customs officers gave up trying to identify who was who and let the children cross the border.

Schonfeld returned to the continent again in 1946 and in 1947. By the spring of 1948, the situation in Czechoslovakia was deteriorating daily for the Jewish community and child survivors in the country became the focus of his rescue efforts. A communist takeover was imminent and Schonfeld was desperate to get as many of the children as he could out of the country, knowing that under communist rule they would not be able to practice their religion.

Schonfeld brought children together from Kosice, Bratislava and Prague to form the fifth group of the Boys. Many had been cared for in the Jewish orphanage in Kosice, as had members of the Boys who had arrived in earlier groups. To find out more click here. Schonfeld had originally applied for exit visas to bring the children out of Czechoslovakia in late 1947 but endless delays were caused by officials now introducing restrictions on nationals leaving the country. Finally, in April 1948, the paperwork was all in order and the children were gathered together in Prague

The group left from Prague’s main station on 20 April 1948. The train passed through Cheb and travelled on to Schirnding in the American occupied sector of Germany. From there it crossed into Lontzen in Belgium before arriving at the port of Ostende.

On the Channel ferry, the children recall that they were served tea with slices of lemon and individual, miniature jugs of milk. It was their first introduction to the British cup of tea.

Their arrival in the UK coincided with Passover. Some of the younger children, who had spent the war hidden in Christian families and convents, were extremely confused as they had no recollection of religious life at home. To make matters even more complicated none of the children spoke English and most of the younger ones spoke no Hebrew or Yiddish.

LIFE IN THE UK

A hundred of the children continued their journey to Ireland, where they were cared for in a hostel at Clonyn Castle, just outside Dublin. The house had been brought by a wealthy benefactor from Manchester and was a particularly good location for the children to recuperate as there was no rationing in Ireland. Before the second leg of their journey, this group were temporarily housed in London at the Belsize Park hostel, with families or in another Jewish institution in Brighton.

The 48 members of the fifth group of the Boys who remained in London were cared for in the hostels in Cazenove Road, Stamford Hill, Woodberry Down and the Staines Yeshiva. They also attended schools run by Schonfeld's Jewish Secondary School Movement. Some of the girls were taken to a hostel for religious girls also in Woodberry Down. Six joined relatives living in the UK.

So far the ’45 Aid Society has managed to identify 21 of the 48 children who remained in the UK and establish that they were given visas under the 1,000 visa scheme that the Central British Fund (CBF) had agreed with the Home Office in 1945. This group is made up of two boys and 19 girls. Even if the remaining children were not given one of 1,000 visas, they were financially supported by the CBF, as were many of the children Schonfeld brought to the UK.

The majority of the 21 children so far traced did not settle in the UK but left for Israel or Canada as part of the Canadian War Orphans Scheme. 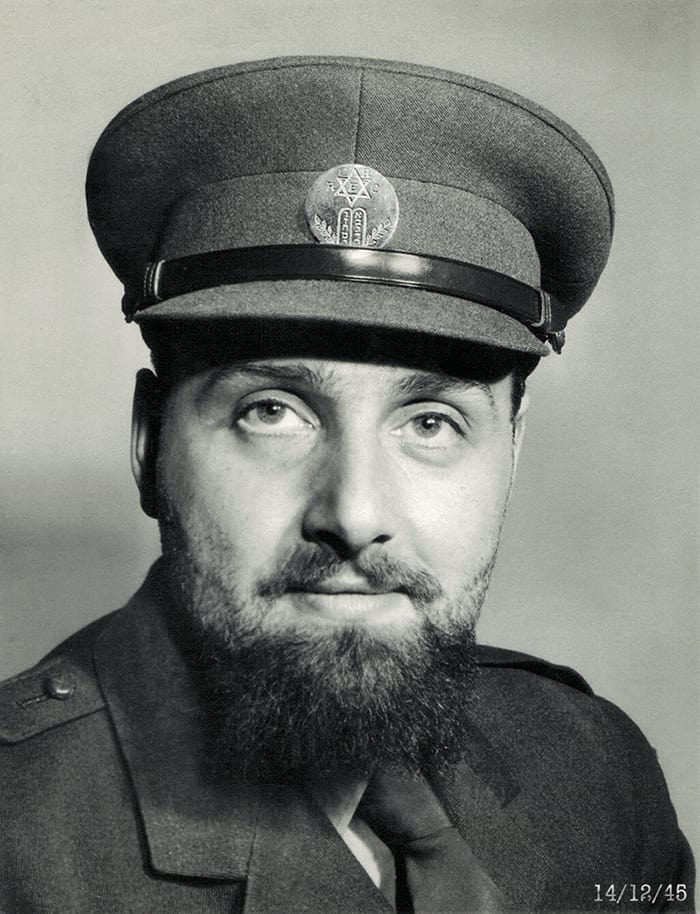 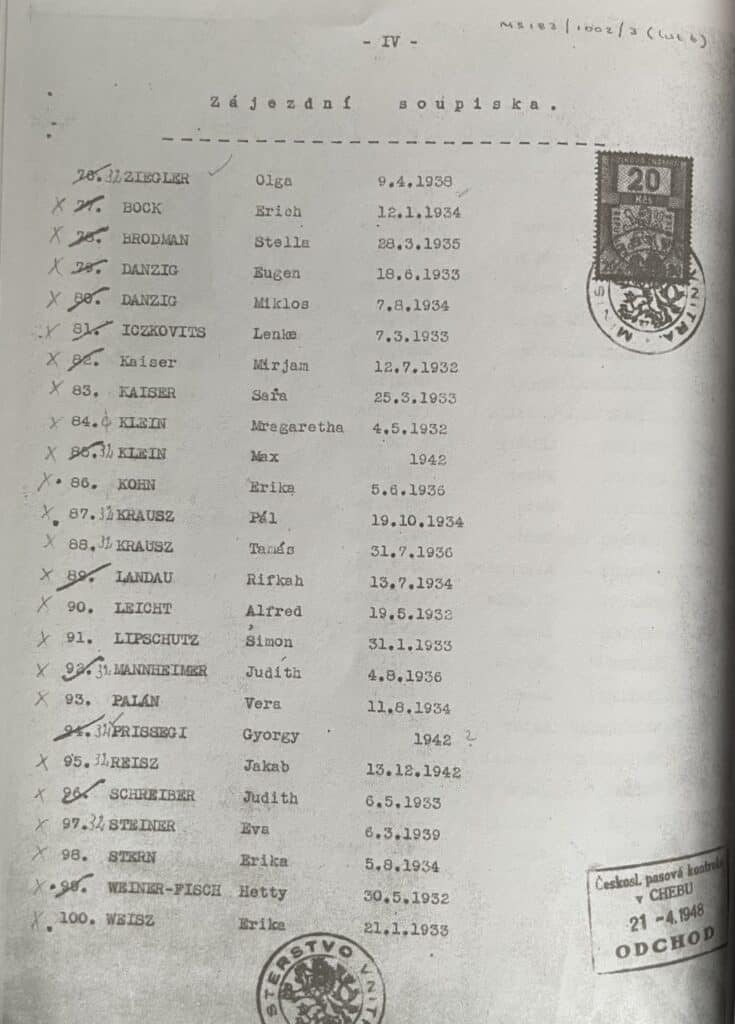