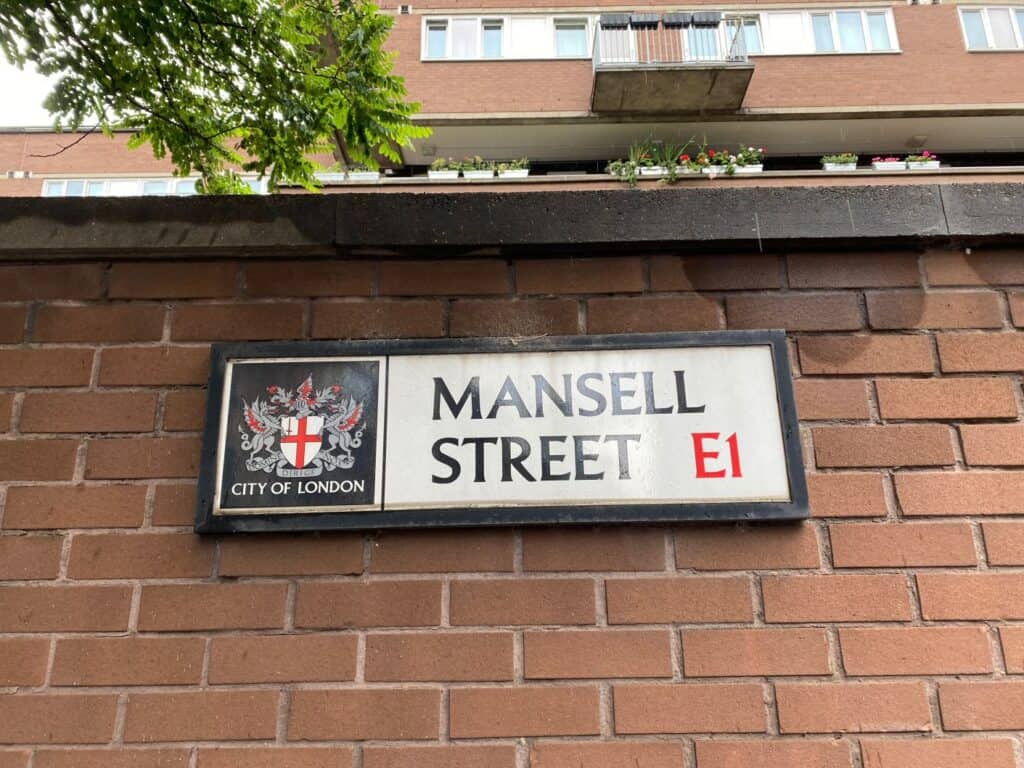 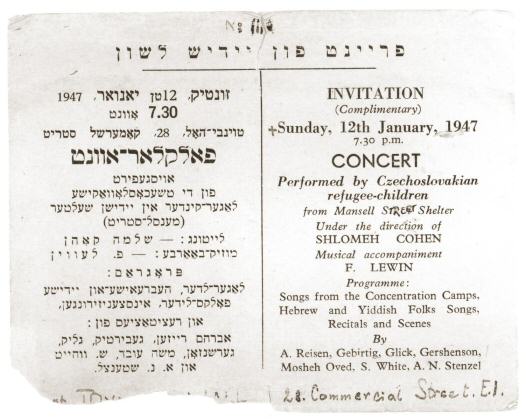 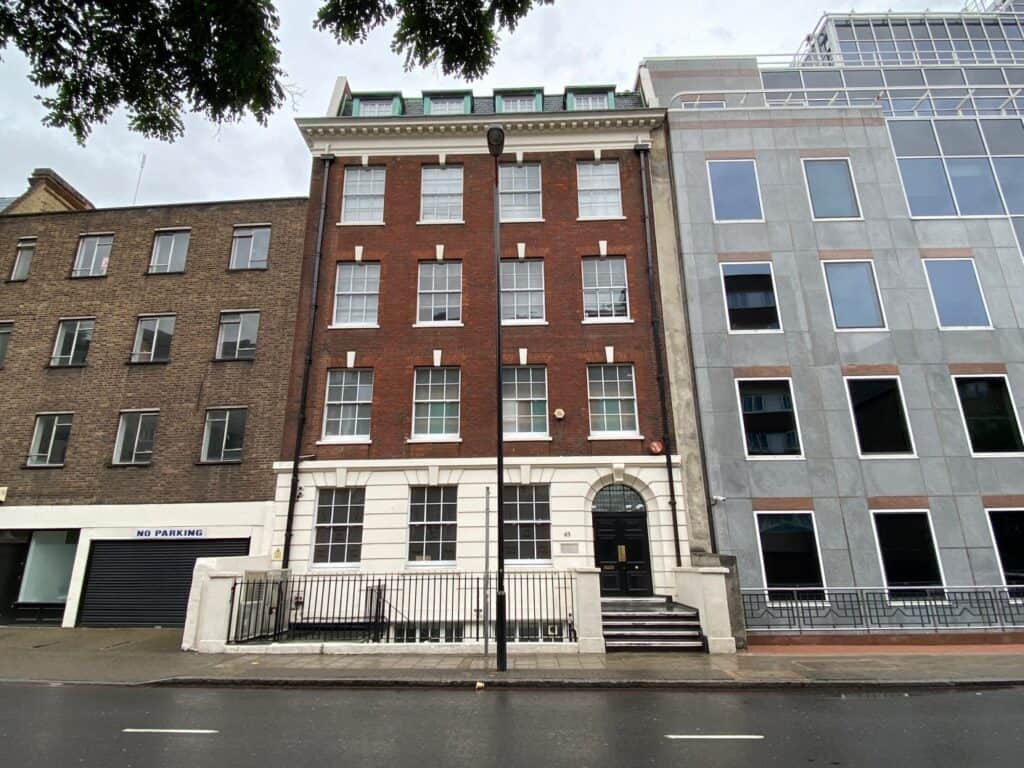 The Shelter was on Mansell Street, near Tower Bridge in London’s East End. It opened in 1885 to care for Jewish immigrants fleeing persecution in the Russian Empire and helped Jewish refugees from Belgium in the First World War. The Shelter provided new immigrants with up to two weeks of accommodation and meals. It also assisted them in finding employment.

The Shelter was the first port of call from 1933 onwards for Jews coming from Germany. The writer, Stefan Zweig, described it in 1935 in a fundraising campaign pamphlet as 'the House of a Thousand Destinies’:

"... And so I went to see the Shelter. It is situated in the East End, in an unpretentious street, but need has always found the way to its gates. Arranged on utilitarian lines, without any attempt at luxury, but singularly clean, it awaits with ever-open door the wanderer, the emigrant, who comes here to seek rest and respite. There is a bed prepared for him, a table laid for him, and more. Here he can have counsel and assistance in the midst of a strange world.”

The neo-Georgian façade of the building conceals its full size and depth. The Shelter had densely packed thirty-bed dormitories to accommodate 130 men and women. There were also dining, recreation and reading rooms. On the top floor an isolation department accommodated those arriving with serious illnesses.

The Second World War brought the work of the Shelter to a virtual standstill and it was used to accommodate local people who had lost their homes in the Blitz until in 1943 the building was requisitioned by the US military.

THE SHELTER AND THE BOYS

Those older members of the third group of the Boys who had flown from Prague to RAF Northolt spent their first few nights at the Shelter before being taken by train to the Montford Hall hostel. The Shelter was also used as temporary accommodation for the Boys as they were moved between hostels. Four of the girls from the Great Chesterford hostel spent time here before being moved on to King’s Langley. The Shelter was used to house the entire fourth group of the Boys who arrived in the UK in June 1946.

The Shelter was run by the Hebrew Immigrant Aid Society, and members of religious Zionist organisation Bachad worked there while the fourth group were staying in the Shelter. The Boys presence was registered at Bethnal Green police station. All local police stations were given a list of the Boys names.

When the Boys arrived at the Shelter in the spring of 1946, tensions between Britain’s Jewish community and the government were running high.

Volunteer Geoffrey Paul, later the editor of the Jewish Chronicle, wrote that the Boys in the Shelter were extremely angry about British policy in Palestine. In 1939, the British government introduced severe restrictions on Jewish immigration to Palestine, which was at this point part of the British Empire. Despite promises by the Labour Party in 1945 to lift these restrictions, the situation remained the same. As a result, many Holocaust survivors were entering Palestine illegally, where there was a growing civil war claiming the lives of British soldiers.

According to Paul, the Boys “wanted to go out and punch every passing policeman as a protest against the actions of the Palestine Police. There was a most provocative recruiting poster for the Palestine Police right opposite the Shelter and the kids had to be restrained from defacing it.”

By August 1946, there were 79 of the Boys in the shelter. Boys slept on one floor and girls on another.

The Committee for the Care of the Concentration Camp Children were concerned about conditions within the hostel, as they were not considered suitable for young people. Leonard Montefiore, the chairman of the Committee, was so upset that he had been forced to house the Boys there that he threatened to resign if any more children were brought to the UK to be housed in such conditions.

As a result, no more children were brought to the UK under the CBF's scheme and the fifth group was brought by Rabbi Solomon Schonfeld.

In the decades after the Boys were cared for at the Shelter, it continued to assist Jewish refugees fleeing persecution in India, Hungary, Egypt, Aden and Iran. In 1973 it relocated to Willesden in north-west London. That hostel closed in the 1990s. Today, the Jews’ Temporary Shelter still operates as a charitable organisation and provides grants for housing and household needs.

Otto Schiff was president from 1933 and elected life president in 1948.

Mrs Schwarb of the Committee for the Care of the Concentration Camp Children was responsible for overseeing the Shelter on the committee’s behalf.

Bachad members Joe Winter and Berish Lerner, who came from Liverpool Princes Road, worked at the Shelter. While at the Shelter, Lerner met Etel Zelovic, whom he later married.

Geoffrey Paul was a volunteer. He would later become the editor of The Jewish Chronicle. Barbara Barnett and Esther Calingold were also volunteers and had worked at the reception centre in Windermere. Esther’s brother  Asher Calingold was also a volunteer. He says that he felt that the Boys did not like them, as they had not had the same experiences.